The robot revolution is inevitable.

In fact, you could comfortably say it’s already upon us.

As automation and artificial intelligence evolve at breakneck speed, our policies and institutions are frantically chasing their tails to keep pace.

This disruption presents one of the most pointed challenges to modern economies – and Australia is not immune. 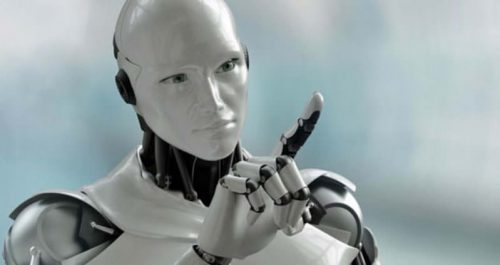 While ethical and existential questions have dominated most of the public discussion, a gravely overlooked area has been the impact on inequality and the distribution of wealth.

Peter: We’re a lucky country by any standard, the second wealthiest country in the world on a per capita basis, reasonable education system, pretty good health system.

But when you look at what’s happened over the last 20-25 years, what you see is that while everyone has improved their incomes in real terms, there is a real skewering to people at the top end of the spectrum in terms of wealth 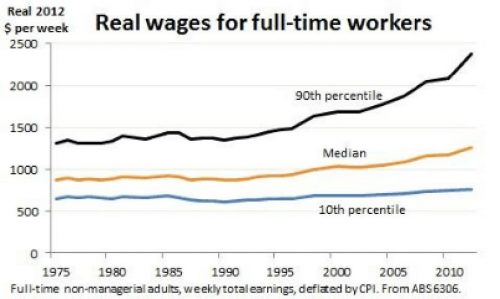 Then you look forward and you look at this whole issue of globalisation, plus automation, plus artificial intelligence. The likelihood is that at the very least jobs are going to turn over much quicker as current jobs become obsolete and people have to train for new jobs. That’s best case.

Worst case is a lot of jobs, more and more jobs will go offshore, or simply there won’t be new jobs because of artificial intelligence in Australia.

If you look at the trends in inequality, the trends could actually accelerate unless we manage this transition really effectively.

Tania: For example, people who are laid off in manufacturing will have to go into service jobs like caring.

But then you’ve got to ask yourself, are people who’ve done those other jobs before going to want to go into caring jobs?

Peter: Lawyers and accountants. Any sort of industry where you have a lot of processing taking place.

If you think about the work of a lawyer or an accountant, there’s a lot of processing taking place there, or data analysis. Data analysis is usually a little background, but it can actually be done in most cases far better by artificial intelligence than human beings.

Peter: For example, due diligence processors.

Historically they used to get young lawyers to do that, they used to charge around $200/hr, and it was an enormous margin.

Now, an awful lot of that work can be done by AI, because with big data you can actually review thousands and thousands of documents for relevance very quickly.

What steps should we be taking? How about that robot tax Bill Gates keeps harping on about?

Peter: Things like robot taxes and basic incomes, they tend to be raised by technologists often out of the states. It’s almost like the technologists can see what’s coming and they realise they’ve actually got to do something or suggest things to actually ameliorate the pain.

A robot tax sounds like a really clever idea, but the problem with a robot tax is that if Australia imposes tax on robots and China doesn’t, then China products become more competitive than Australian products, which means that Australian companies employ fewer people, because they’ve got to become more efficient to make money.

Tania: How do you define a robot anyway?

Peter: That’s exactly right, because a lot of the stuff we use now, if I use Siri on my phone, am I using a robot? Where does it stop? A robot doesn’t have to be something that walks around.

What else should we be doing?

Tania: We need to have these conversations so that we can bring everyone along with us and try not to leave people behind. Lots of people talk about universal basic incomes and things, I’m more in favour of looking at how we empower people community by community to support one another.

So, looking at more volunteering jobs, looking at people potentially being rewarded more for volunteering and empowering people in local communities to set up social franchises and social businesses that start solving their problems at a local level rather than relying on top-down government welfare.

The government is already completely stressed out. We’re not seeing any leadership really. We need to actually empower ordinary citizens to support one another to create programmes. We need to really get entrepreneurship front and centre in the community, so that everyone, not that everyone can be an entrepreneur, but that we really do nurture and support people to be entrepreneurs and to solve social problems.

Peter: The second area is we need a far more pragmatic educational system. At the moment there seems to be a separation between education on the one side and business on the other.

Too often in business the catchcry we hear is that when people come out of the educational system, they are not business ready. We’re not preparing our students to either be entrepreneurs or to readily be able to transition between careers.

About the author
Riordan is Techly’s News and Social Editor. He promises to tweet more at @riordanl
Original article.