“A heartfelt thank you to Pot-Pourri for their stunning performance at Ritchie’s 150th Birthday Gala Ball at the Crown Palladium, Melbourne. For an evening that held such special significance for our business, we could not imagine having any other musical performance other than the incredible, Pot-Pourri! Ritchies Stores have collaborated with Pot-Pourri for some time now, entertaining customers with pop up performances in our stores, so we just had to share them with our special guests, network of suppliers and team members on Ritchies night of nights. Their thrilling vocals, enthusiasm and exceptional talent had the crowd absolutely enthralled and wanting more! Congratulations Pot-Pourri on yet another stellar performance!​” 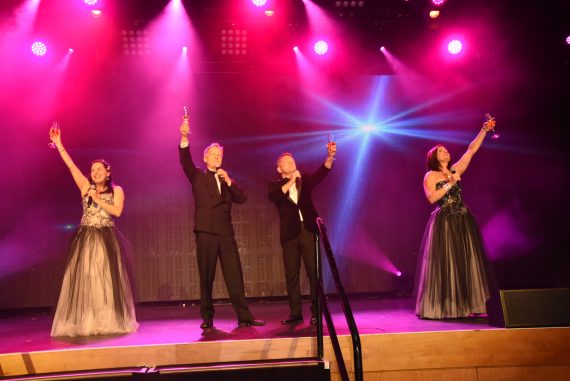