Tania’s recent keynote at the ISPIM Innovation Conference in Vienna

Tania recently presented a keynote on Voices of Innovation – The power of positive Human collisions at the ISPIM Innovation Conference in Vienna.

Read some of the kind words shared by the ISPIM Executive Director about Tania’s performance. “Once again, Tania de Jong never ceases to amaze and surprise us. As a keynote at the recent ISPIM Innovation Conference in Vienna, Tania enthralled the audience with a story about how her grandmother had actually invented the “flirt”, the world’s first folding umbrella before getting them all on their feet to sing. During the evening gala dinner at the Kursalon concert hall, Tania transformed herself into an opera diva and again wowed the audience. I would not hesitate to recommend Tania as she brings something different to other keynote speakers we have had.” 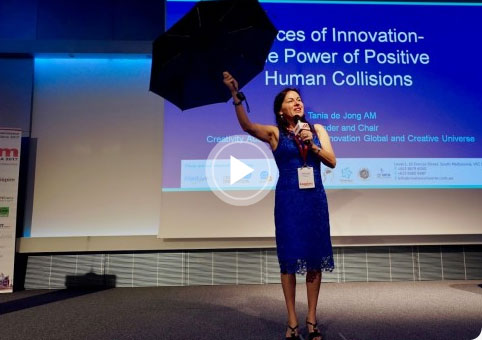